Its genius was equalled only by its lack of scruples.

Audio equipment bought on the black market and fitted expertly so the naked eye couldn’t discern anything nefarious, but the mics in the walls, pictures and furniture wouldn’t miss a syllable.

The unsuspecting words were then funnelled wirelessly to a computer, that then channelled them via bluetooth to a set of wireless earphones, ones that fit snugly into his ear canal and couldn’t be seen thanks to their ergonomic design, and his beatnik haircut that sat over his ears.

What crept into his ears was gold dust, both figuratively and literally. He had listened to some stories that would make a priest at confession blush, but each word also meant he could perform his ‘role’ perfectly, and continue to impress his customers.

Impressed customers meant word of mouth promotion, and that was the most effective advertisement in the land. No one spread the word better than lonely women.

So, for years he used this info that began in his waiting room, and ended from his lips, spoke in the majestic and mysterious tones of one that is conversing – or supposedly – with the other side.

He was starting to get TV offers, but he didn’t need them, plus, he would struggle to speak to spirit without his audio equipment! 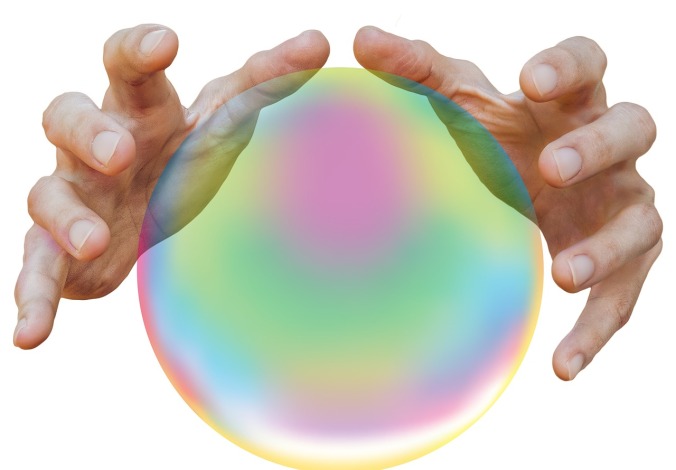 So he continued his bustling, healthy trade, and was more than happy coining it in.  He figured that if it continued like it was – and it would -he could retire on a fat pile of money in paradise in St Lucia in just three years.

Before that though, was another day of Xavier, the Connector. He would bridge the gap for the bereaved, and perform a service for the community. He would give them peace and enough so they could sleep at night – and all for a princely sum.

Xavier wrapped his velvet shroud around his collar, and left his room. He walked down the stairs and made his way to the small kitchen that backed onto the rear of the building. Nothing spectacular, but enough to keep him stocked in biscuits and hot drinks in between clients. His slowly growing waistline could attest to this, his shroud touching where it never did a few years ago.

He reached for his favourite cup when the doorbell rang, signalling his first customer. No cup of coffee this time around, and with a sigh, Xavier slowly walked to the front door, summoning his character as he walked the short distance to the front door.

It was all in the details, that is what sold it to these unsuspecting people, and a twiddle of his extravagant moustache and an eyebrow wiggle meant the difference between someone coming into a session as a hard non-believer, and someone who’s walls had been lowered enough to let him in.

He swung open the door, and said nothing, letting his appearance be the first impression, with his eccentric voice sealing the deal.

A shrew of a lady stood in front of him, clasping her handbag close to her tiny chest. She had travelled with someone, as per Xavier’s demands with every booking that clients must turn up with at least one other. The shrew lady’s friend appeared to be her daughter, the age difference gave it away. Could be a friend, but likely the daughter. She was as unspectacular a woman as could be. A sea of beiges and no feminine curves. Hair as straight and lank as running water.

Shrew lady  didn’t look up at him.

Xavier was a little off-balance with this, but quickly regained his composure.

“Afternoon madame. I am Xavier the Connector. In minutes, through my special talents you will speak to your loved ones again! Please, enter and take a seat in the waiting room!”

Xavier swished his shroud and beckoned them stage left, into a perfectly square room that had ample seating – and the covert audio equipment.

The ladies timidly stepped into the threshold and did as they were bidded, still not taking their eyes off the floor.

This could prove a problem.

Xavier could cold read them, his skills were still there, but it was the secrets confided into secreted microphones that had made him. These two women potentially may not utter a word, and that would mean he would have to work for his money.

The ladies sat down, and Xavier exited the room, heading to the small cupboard-like aperture that held the listening equipment, and hit the record button. Whatever was said would then walk its way into his ears.

He began to make a coffee when the first words were uttered;

“Do you think he’ll manage it Susie?”

“I don’t know mum, but we’ve both been told he’s the best around.”

“I know, but if the message is important enough, then he’ll find a way mum. Have some faith in dad.”

“I miss him so much Susie. I know it’s been a year, but it still feels raw. I still don’t know what I’m going to do without him.”

A little quiver in the last words of the sentence, Xavier continued to munch on a lemon puff.

“There was nothing the doctor’s could have done mum, and none of us know how it happened. That’s why we’re here. Who would have done such a thing, and why?”

OK, so it was sudden, abrupt, it shouldn’t have happened. That should be enough to go with, mused Xavier, so he slurped his coffee and made his way to the seance room.

As he sat down, there was one more sentence, and as far as Xavier was concerned, it was the clincher.

“If this guy is any good, then the first thing he’ll pick up is the blood.”

Xavier used his most booming voice to shout through for them to come in. It always helped when they came in and he was in the centre of the room, with the correct lighting. 80% of this was showmanship.

“Please, do take a seat. Spirit is strong here, but it is always fleeting.”

They shuffled forward and took their seats.

Xavier reached out for the shrew lady’s hand, all the while looking straight at her.

“Your hand madame. I need to connect with your pain.”

The shrew lady did as she was requested, but with a little trepidation.

As soon as their fingers touched, Xavier had three images inflicted upon his brain.

An old man’s face, minus the eyes. Where the eyes were, only crimson sockets.

Xavier ripped his hand away, repulsion and shock combining to leave him teetering.

The shrew lady remained in place, no shock. Her beady eyes locked on Xavier.

Xavier was sweating, but he quickly was able to prioritise in his brain what he needed to do to keep this train on its tracks.

“Madame, this was a sudden parting, wasn’t it? I am hearing a voice, a strong one, calling out from the realm in between. He was your husband, wasn’t he?”

Half question, half statement, the perfect amount of inclination in his tone to signify that he knew what he was talking about, but not enough to give the game away.

For the second time, Xavier was unsettled by the reaction, or lack of one, from the tiny lady. It was at this point that he normally had these fools eating out of his palm.

This one though? Nothing.

He ploughed on, so sure in his craft that he would hook her for sure.

“It was a tragic parting, and you are wondering if he was in any pain? It was the blood wasn’t it?”

Absolutely nothing, save a quick glance between mother and daughter.

Xavier was again a little off-guard by this unassuming old thing, but he had no choice but to continue. He had other clients, and he could still salvage this.

“Of course, it was someone else’s. The nature of the incident meant that there was a bit of a mess, am I….”

“The blood was painted on him.”

Xavier caught on his word, it was trapped as if it were a chicken bone.

This time he didn’t recover his composure.

The shrew lady continued, with her beady eyes now shining.

“He was performing a ritual, you see. A ritual that would enable something miraculous. In order to do something that bends the laws of the possible though, you need to sacrifice something. This is the law of the netherworld you see. It has been this way since the dawn of time, and the reason why voodoo still exists in our current age.”

Xavier was agog, still choking on the continuation of his sentence that he would never finish.

“We found someone who would fulfill the role, but not willingly, but that is the beauty of chloroform isn’t it dear, it silences doubts doesn’t it!”

No reply, but the daughter stood up and walked to the other side of the table where the prone Xavier sat.

“You see dear, we displaced his soul from his dying body, but it requires a vessel. The previous one was a means to an end of course, and we didn’t want it to have to be our dear Susie, but needs must.”

Now, we want a better fit for our future, you can understand this can’t you?”

Xavier looked up at the standing figure of ‘Susie.” The body of a woman, but the eyes didn’t belong. They were a vacuous black.

Those eyes were the last thing Xavier saw through his own consciousness, as the one that used to be Susie in one movement, stuck a knife deep into his throat.

Xavier would be Edward in about ten minutes.

In the concrete jungle. #graffiti
Parenting done right, twice. The youngest, resplendent in 🔴&⚪️ #NewGooner #hedidnthaveachoice #Arsenal
Job done as Dad. #WelcometoTheGoonerFamily #NewGooner #ProudDad
Vape tricks? You ain’t got nothing on my vape ‘seahorse.’ It’s like one of those magic eye pics - you have to keep looking. #Vaping
Good thing I used ‘Sex Panther’ by Odeon this morning... #Musk
Thank you @thingamajik for making this #FF7 fanboy very happy.
Loading Comments...
Comment
×
%d bloggers like this: