Since hitting my thirties, I have been obsessing over two facts.

Both of these truths are focused on biology, and the inescapable reality of ageing. No matter how hard I run, these actualities are as close as my shadow, pressing their uncomfortable selves upon my consciousness.

The first fact that haunts me is that our bodies work in cycles of seven years. I am now apparently approaching the next stage of this conveyor belt to old age, which is 35-42 years. This stage is the first that represents our bodies gearing up for more regular bathroom visits, scatter cushions and a more sedate music station on the radio.

The second fact is that a male’s body is at its peak from 28-31, and that means I am now past my best. I am spoiled goods. I belong on that special shelf in the supermarket which is reserved for tins of corned beef which have been dented and are perilously close to expiring past any consumable date.

I am now dented corned beef. 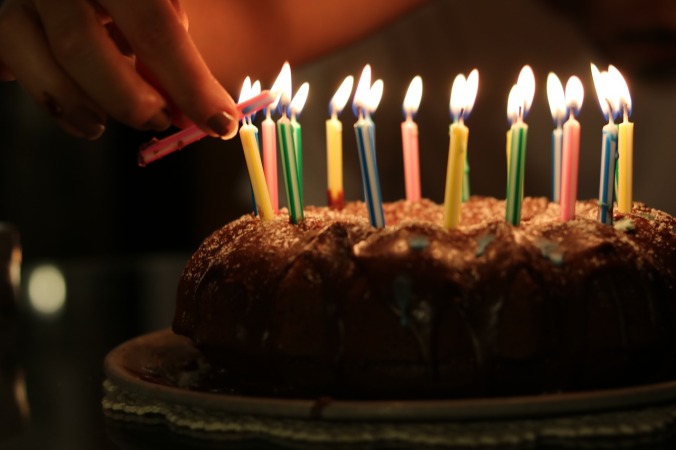 I am now 33 years old, only two months away from hitting 34. I have started to notice little foibles that were not there in my twenties. When I bend down to pick up anything, a small grunt emits from my mouth. It is natural, it is my brain’s way of telling me that this level of exertion is in the red zone. The red zone that is for younger guys who enjoy surfing and a vibrant social life.

I wear slippers. I regularly pinch the bridge of my nose and shake my head when exasperated. I have started to favour the less spicy chicken wings as opposed to the wings of fire that were my staple choice in my ‘peak’ years.

Is it my brain adjusting me on course for old age? It is hard enough for me to grasp that I now sit on the entrance to middle age.

In a bid to stave off these encroaching signals of decrepitation, I’ve upped my exercise regimen. I’ve been doing sit-ups for about 15 years now and they were started after the many action movies I watched featured the archetypal muscle-bound hero. The six-pack may never be achieved – damn you McVities Chocolate Digestives – but a four-pack isn’t the worst look. Since hitting thirty I have incorporated press-ups, planks and weights and it has had an effect. How long though, before the inevitable slide towards a muffin top and a stomach that won’t quit until I can tuck it into my waistband?

Will it be long before my daily workout in front of Sky Sports News in my living room becomes just too much of a chore? Will my motivation wane like my ability to say no to crocs for comfort? The people I know in my age group are in varying stages, but will a defiant objection to all signs of approaching age make me one of those people that are cringeworthy?

You know the type. The ones who fully charge into all new fads and crazes, are gung-ho and have far too much enthusiasm for everything. The ones who are dressed so ludicrously that it evokes a middle-aged sigh when you see them?

Can I maintain a healthy balance between acting my age and retaining the youthful exuberance of my mid-twenties?

The answer lies with parents.

The workload of those of a similar age who also have to contend with the demands of parenthood is quite ridiculous. Not only do they have to spin the plate of employment, they also have to hurriedly run around all the other airborne crockery which comes with caring for their offspring. All of this, whilst they cope with ageing.

These parents are simply too busy to even acknowledge their age. They are too concerned with getting stuff for their kids packlunches for school, and if they have their gym kit washed and ready for the next day. Then the school trip. Then it’s a birthday party they have to attend which means that work will have to be juggled as they have to drop them off, pick them up…..

They just keep going. One of the symptoms of this lifestyle is that whilst they are permanently exhausted, they seem to be oblivious to the worries about age. The concerns are overrun with other worries.

So, I just need to worry about something else rather than the fact my body is past its best.

I think I can do that. There is my unhealthy bank balance, my house is in a state of disrepair, work is slowly strangling me, my car needs urgent work, I need to laden myself with new debt to pay my old debt…..

Happy Birthday to the man who inspired me to try and dye my hair red, but instead ending up with pink - We love you @freddieljungberg !
Recommended football books have just given my book the thumbs up, here’s the tweet - https://twitter.com/myfootballbooks/status/1382737421457100800?s=21
In the concrete jungle. #graffiti
Parenting done right, twice. The youngest, resplendent in 🔴&⚪️ #NewGooner #hedidnthaveachoice #Arsenal
Job done as Dad. #WelcometoTheGoonerFamily #NewGooner #ProudDad
Vape tricks? You ain’t got nothing on my vape ‘seahorse.’ It’s like one of those magic eye pics - you have to keep looking. #Vaping
Loading Comments...
Comment
×
<span>%d</span> bloggers like this: